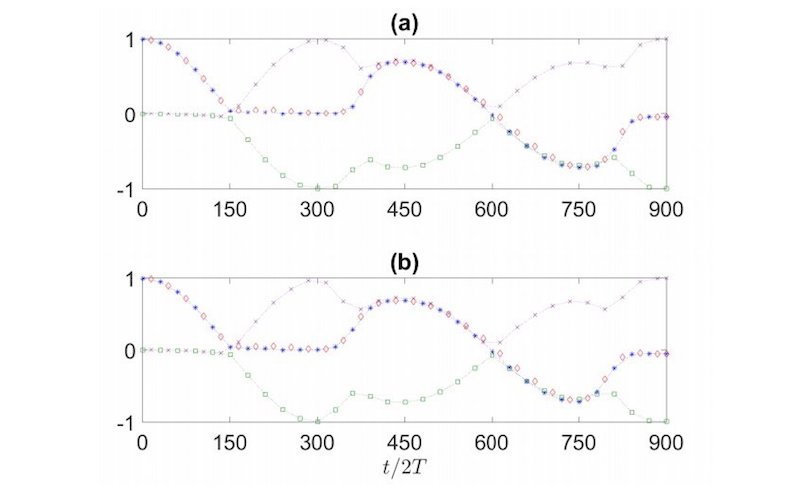 Over the past few years, physicists have predicted that a new form of matter called time crystals may have potential applications in quantum computing. Now in a new study, physicists Raditya Weda Bomantara and Jiangbin Gong at the National University of Singapore have taken some of the first steps toward showing exactly how that might be done. They theoretically demonstrate that, by braiding two different modes of time crystals, it's possible to generate the states that are necessary to perform universal quantum computation.

Time crystals have attracted the attention of physicists since the concept was first proposed by Frank Wilczek in 2012. Five years later, in 2017, time crystals were experimentally realized for the first time. Just as ordinary crystals are characterized by their repeating patterns in space, time crystals—which are always moving—have the unique feature that their motion exhibits repeating patterns in time. To realize a time crystal, a periodically driven laser sets the particles in a superconducting loop in motion. When the system is manipulated in a precise way, the particles' motion collectively synchronizes in a periodic manner, resulting in a time crystal.

In the new study, Bomantara and Gong have developed a method for harnessing the unique properties of time crystals for quantum computing that is based on braiding. To do this, they turned to a particular type of time crystal called a Majorana time crystal, whose name comes from the way it's created, which is from the quantum coherence between two types of Majorana edge modes (0 and π) in a superconducting chain.