#BlackGirlsMatter: When Girls of Color Are Policed Out of School | Anita Little 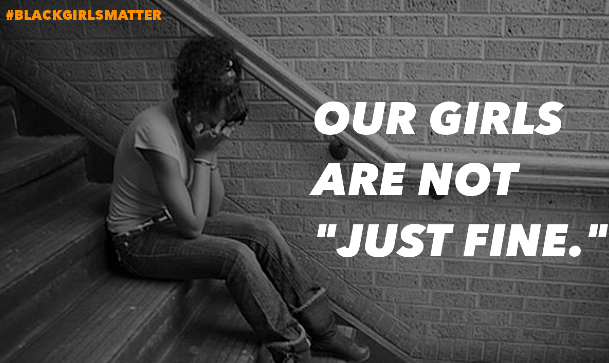 Feb. 5, 2015 (Ms. Magazine Blog) -- A pioneering study just released by the African American Policy Forum and Columbia Law School’s Center for Intersectionality and Policy Studies shows that, when it comes to doling out punishments, school administrations are way harder on black girls than their white counterparts.

Titled Black Girls Matter: Pushed Out, Overpoliced and Underprotected [pdf], the study delves into the blatant racial disparities that result in black girls being more likely to fall behind in their education.

Black feminist law professor Kimberlé Crenshaw, the lead author of the study, said in a statement:

"As public concern mounts for the needs of men and boys of color through initiatives like the White House’s My Brother’s Keeper, we must challenge the assumption that the lives of girls and women -- who are often left out of the national conversation -- are not also at risk."

The study reveals many alarming statistics on how overpolicing and “zero-tolerance” policies lead to girls of color dropping out, going into low-wage work and, in some cases, ending up incarcerated.