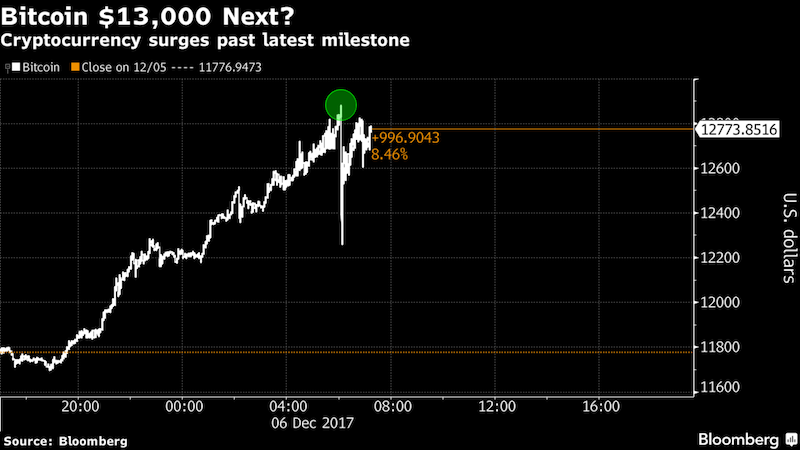 Dec. 6, 2017 (Bloomberg) -- Bitcoin surpassed $12,000 for the first time amid speculation that the widespread use of futures will help lead to digital currencies being viewed as a legitimate asset class for mainstream investors.

The largest cryptocurrency by market value has soared from less than $1,000 at the start of the year as optimism climbs for the distributed ledger technology known as blockchain that is at the heart of bitcoin. The price surge has been accompanied by a growing chorus of warnings that the speculative frenzy is an asset bubble poised to burst.