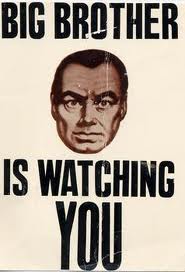 According to internal Homeland Security e-mails produced through a Right-To-Know request, one of the targets of such surveillance was the Berks Peace Community, a 50-year-old group of Quaker-affiliated senior citizens. They gather on the Penn Street Bridge in Reading every Friday and quietly hold signs questioning America’s “war habit.”

The e-mails also indicate that monitoring the tweets of law-abiding citizens was “part of the intelligence effort that is conducted daily ... on behalf of the PA Office of Homeland Security.”

Those were the words of Mark Perelman, co-founder of the Institute of Terrorism Research and Response, the contractor hired by Homeland Security to provide intelligence for the state.