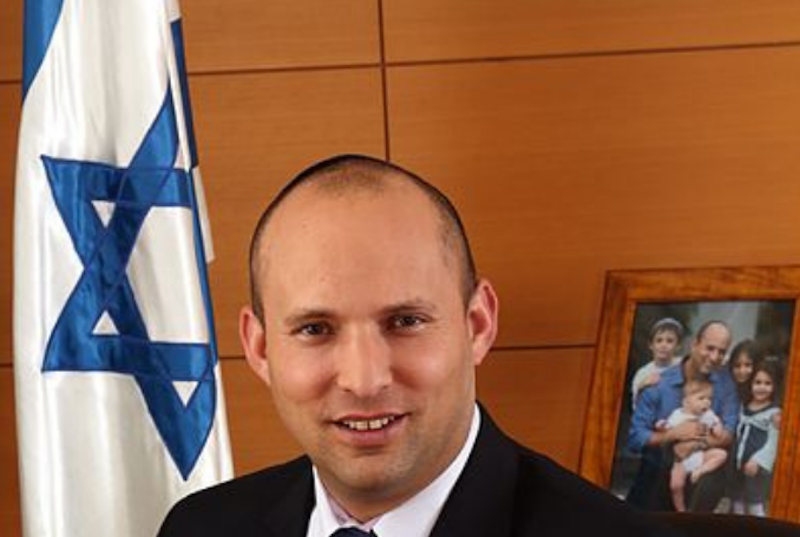 Many Palestinians believe that the May 10-21 military confrontation between Israel and the Gaza Resistance, along with the simultaneous popular revolt across Palestine, was a game-changer. Israel is doing everything in its power to prove them wrong.

Palestinians are justified to hold this viewpoint; after all, their minuscule military capabilities in a besieged and impoverished tiny stretch of land, the Gaza Strip, have managed to push back -- or at least neutralize -- the massive and superior Israeli military machine.

However, for Palestinians, this is not only about firepower but also about their coveted national unity. Indeed, the Palestinian revolt, which included all Palestinians regardless of their political backgrounds or geographic locations, is fostering a whole new discourse on Palestine -- non-factional, assertive and forward-thinking.

The challenge for the Palestinian people is whether they will be able to translate their achievements into an actual political strategy, and finally transition past the stifling, and often tragic, post-Oslo Accords period.

Of course, it will not be so easy. After all, there are powerful forces that are keenly invested in the status quo. For them, any positive change on the path of Palestinian freedom will certainly lead to political, strategic and economic losses.

The Palestinian Authority, which operates with no democratic mandate, is more aware of its vulnerable position than at any other time in the past. Not only do ordinary Palestinians have no faith in this "authority," but they see it as an obstacle in their path for liberation. It was unsurprising to see PA President, Mahmoud Abbas, and many of his corrupt inner circle, riding the wave of Palestinian popular revolt, shifting their language entirely, though fleetingly, from a discourse that was carefully designed to win the approval of "donor countries," to one singing the praises of "resistance" and "revolution."

This corrupt clique is desperate, eager to sustain its privileges and survive at any cost.

If Palestinians carry on with their popular mobilization and upward trajectory, however, Israel is the entity that stands to lose most. A long-term Palestinian popular Intifada, uprising, with specific demands and under a unified national leadership, would represent the greatest threat to Israel’s military occupation and apartheid regime in many years.

The Israeli government, this time under the inexperienced leadership of current Prime Minister, Naftali Bennett, and his coalition partner, future Prime Minister, Yair Lapid, is clearly unable to articulate a post-Gaza war strategy. If the political raucous and the bizarre power transition from former Israeli leader Benjamin Netanyahu, to Bennett’s coalition is momentarily ignored, it feels as if Netanyahu is still holding sway.

Bennett has, thus far, followed Netanyahu’s playbook on every matter concerning the Palestinians. He, and especially his Defense Minister, Benny Gantz -- Netanyahu’s former coalition partner -- continue to speak of their military triumph in Gaza and the need to build on this supposed "victory." On June 15, the Israeli army bombed several locations in the besieged Strip and, again, on June 18. A few more bombs, however, are unlikely to change the outcome of the May war.

It is time to convert our “military achievements (to) political gains,” Gantz said on June 20. Easier said than done; as per this logic, Israel has been scoring "military achievements" in Gaza for many years, namely since its first major war on the Strip in 2008-09. Since then, thousands of Palestinians, mostly civilians, have been killed and many more wounded. However, Palestinian resistance continued unabated and zero ‘political gains’ have actually been achieved.

Gantz, like Bennett and Lapid, recognizes that Israel’s strategy in Gaza has been a complete failure. Since their main objective is remaining in power, they are bound to the rules of the old game which were formulated by right-wing politicians and sustained by right-wing extremists. Any deviation from that failed stratagem means a possible collapse of their shaky coalition.

Instead of mapping out a new, realistic strategy, Israel’s new government is busy sending symbolic messages. The first message is to its main target audience, Israel’s right-wing constituency, particularly Netanyahu’s disgruntled supporters, that the new government is equally committed to Israel’s ‘security’, to ensuring a demographic majority in occupied Jerusalem as in the rest of Palestine, and that no Palestinian state will ever be realized.

Another message is to the Palestinians and, by extension, to the whole region whose peoples and governments rallied behind the Palestinian revolt during the May war, that Israel remains a formidable military force, and that the fundamental military equation on the ground remains unaltered.

By continuing its escalation in and around Gaza, its violent provocations in Sheikh Jarrah and the entirety of East Jerusalem, its continued restrictions on Gaza’s urgent need for reconstruction, Bennett’s coalition is engaging in political theater. As long as attention remains fixated on Gaza and Jerusalem, as long as Bennett and Lapid continue to buy time and to distract the Israeli public from an imminent political implosion.

The Palestinians are, once more, proving to be critical players in Israeli politics. After all, it was Palestinian unity and resolve in May that humiliated Netanyahu and emboldened his enemies to finally oust him. Now, the Palestinians could potentially hold the keys to the survival of Bennet’s coalition, especially if they agree to a prisoner exchange -- freeing several Israeli soldiers captured by Palestinian groups in Gaza in exchange for the release of hundreds of Palestinian prisoners held under horrific conditions in Israel.

On the day of the last prisoner exchange, in October 2011, Netanyahu delivered a televised speech, carefully tailored to present himself as Israel’s savior. Bennett and Lapid would relish a similar opportunity.

It behooves Israel’s new leaders to exercise caution in how they proceed from this point on. Palestinians are proving that they are no longer pawns in Israel’s political circus and they, too, can play politics, as the past few weeks have testified.

So far, Bennett has proven to be another Netanyahu. Yet, if Israel’s longest-running prime minister ultimately failed to convince Israelis of the merit of his political doctrine, Bennett’s charade is likely to be exposed much sooner, and the price, this time, is sure to be even heavier.