Long Before Serena, There Was Althea Gibson — Mickey Z. 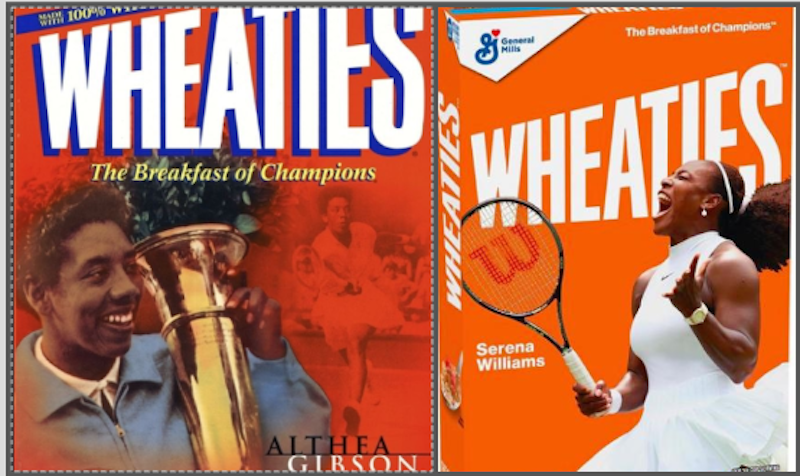 Althea Gibson was one of the greatest and most important tennis players of all-time. Btw, she was female and she was black. In her 2003 obituary, the “liberal” New York Times called Gibson a “gangly Harlem street urchin” who somehow managed to enjoy an “unlikely reign as queen of the lawns of Wimbledon and Forest Hills.”

In 1956, she won the French Open — becoming the first person of color to win a Grand Slam title. In 1957 and 1958, Gibson won both Wimbledon and the U.S. Nationals (U.S. Open precursor). She was voted Associated Press Female Athlete of the Year in both years.

The newspaper of record described her as “a rough-hewn product of the New York slums, a street-brawling chronic truant and eighth-grade dropout who haunted pool halls and bowling lanes and made the back alleys her home.”

By the time she retired, Althea Gibson had won 11 Grand Slam tournaments, including six doubles titles. She was eventually inducted into the International Women’s Sports Hall of Fame and the International Tennis Hall of Fame. Or, as the Times found “fit to print,” Gibson somehow went from the “New York slums to the genteel worlds of tennis.”

When assessing such “journalism,” it would not be inaccurate to assign some blame to the pervasive thread of white supremacy woven throughout the fabric of our society. It would, however, be woefully insufficient. In fact, it would be dangerous yet typical to not shine the brightest light on a deeper and older form of oppression. On that note… 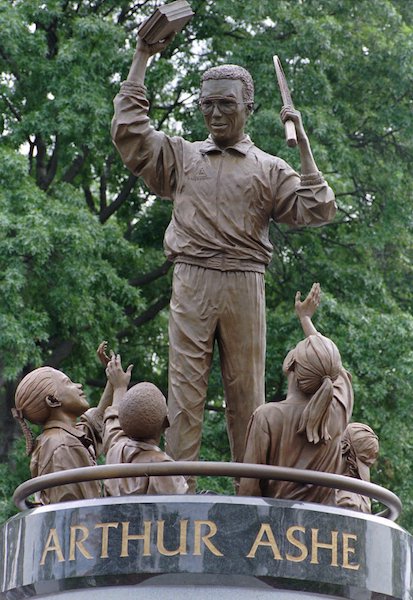 Arthur Ashe is memorialized in Richmond, Virginia with a bronze statue, showing him humanitarian surrounded by children — holding a set of books in one hand and a racquet in the other. (AP)

Arthur Ashe was not one of the greatest tennis players of all-time but was still one of the most important. Btw, he was black. And btw, he was male. When Ashe passed away in 1993, the NY Times managed to not call him “gangly” or “rough-hewn.” Rather, he was “a tennis champion who spent his years in the sport fighting discrimination.” Ashe, they declared, “dedicated himself to dismantling the barriers of poverty, privilege, racism, and social stereotyping.” As a result, then-Virginia Gov. L. Douglas Wilder declared that Ashe's body would lie in state at his state’s executive mansion. A far cry from Althea Gibson’s pool halls, bowling lanes, and back alleys, huh?

Ashe was the first African-American man to be ranked as the No. 1 tennis player in the world and was the only black man to win Wimbledon and the United States and Australian Opens. But they were his only three Grand Slam titles. His playing accomplishments were certainly impressive but aren’t in the same league as those of Althea Gibson.

The woman’s NY Times obituary called Gibson a “street-brawling chronic truant” while the man (Ashe) was deemed: “Militant in his convictions but mild in his manner, this slim, bookish and bespectacled athlete never thought himself a rebel and preferred information to insurrection.” How genteel…

Althea Gibson is basically now a sports footnote, the answer to an obscure trivia question. Meanwhile, the U.S. Open is played each year in (wait for it) Arthur Ashe Stadium — named after the man who (according to the newspaper of record) “served as a beacon for future generations of black tennis players.”

Perhaps he did… but it wasn’t Ashe who inspired the sublime Venus Williams to say this: “I am honored to have followed in such great footsteps. Her accomplishments set the stage for my success, and through players like myself and (Venus' sister) Serena and many others to come, her legacy will live on.” Nope. Venus was praising the one and only Althea Gibson.