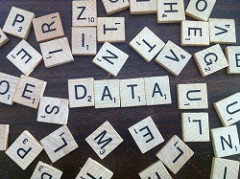 By justgrimes. Flickr (CC BY-SA 2.0)Feb. 6, 2016 (PaulCraigRoberts.org) -- U.S. economics statistics are so screwed up that they do not provide an accurate picture.

Consider the latest monthly payroll jobs report. According to the report, in January 151,000 new jobs were created. Where are these jobs? According to the report, 69% of the new jobs are accounted for by retail employment and waitresses and bartenders. If we add in health care and social assistance, the entirety of the new jobs are accounted for. This is not the employment picture of a First World economy.

According to the report, in January the retail sector added 57,700 jobs. Considering that January is the month that followed a disappointing Christmas December, do you think retailers added 57,700 employees? Such a large increase in retail employment suggests an expected rise in sales, but transportation and warehousing lost 20,300 jobs and wholesale trade added only 8,800.

Perhaps it is mistaken to think that employment in these sectors should move together. Possibly the retail jobs, if they are real, are part-time jobs replacing a smaller number of terminated full-time jobs in order that employers can avoid benefits costs. If this is the case, then the retail jobs are bad news, not good news.

The government has a second official unemployment rate that counts short-term discouraged workers (discouraged for less than one year). That rate, known as U-6, is 10 percent, twice the “headline rate” which is always the U-3 measure that excludes all discouraged workers not currently looking for a job.

Another factor that distorts the jobs reports is the birth-death model. Based on John Williams’ expertise, I have often reported on this effort by the BLS to estimate the net of unreported jobs losses from business closures and the unreported jobs gains of new start-ups. Here is John Williams in his latest report on the January payroll jobs:

“Historically, an upside-bias process was created for payroll-employment reporting simply by adding in a monthly “bias factor,” so as to prevent the otherwise potential political embarrassment to the BLS of understating monthly jobs growth. The “bias factor” process resulted from such an actual reporting embarrassment, with the underestimation of jobs growth coming out of the 1983 recession.

“That process eventually was recast as the now infamous Birth-Death Model (BDM), which purportedly models the relative effects on payroll employment of jobs creation due to new businesses starting up, versus jobs lost due to bankruptcies or closings of existing businesses.

“Separately there is a preset upside bias, plus a presumed net additional “surplus” of jobs added on to the payroll estimates each month as a special add-factor. In current reporting, the aggregate average overstatement of monthly employment change easily exceeds 200,000 jobs per month. These details and section shall be updated fully in the pending Supplement.”

The assertion that the US economy has been in recovery since June of 2009 is not consistent with the quantity and quality of the jobs reflected in the payroll jobs reports. The number of new jobs is not sufficient to prevent the labor force participation rate from declining, and the pay associated with the jobs is not sufficient to leave consumers with enough discretionary income to drive an economy based on consumption.

The financial presstitutes do not explore these issues. They merely report the numbers that the official releases emphasize and ask no questions about them. Therefore, the decline in American economic prospects receives no attention. The Federal Reserve can even report that half of American 25 year-olds live at home with their parents without causing alarm. They do this not from choice but from necessity. They simply cannot find jobs that pay enough to support an independent existence. You would think that this would be an issue of national concern.