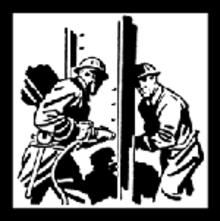 Oct. 5, 2012 (PaulCraigRoberts) -- Today’s employment report from the Bureau of Labor Statistics shows 114,000 new jobs in September and a drop in the rate of unemployment from 8.1 percent to 7.8 percent.

As 114,000 new jobs are not sufficient to stay even with population growth, the drop in the unemployment rate is the result of not counting discouraged workers who are defined away as “not in the labor force.”

According to the BLS, “In September, 2.5 million persons were marginally attached to the labor force.” These individuals “wanted and were available for work,” but “they were not counted as unemployed because they had not searched for work in the four weeks preceding the survey.”

In other words, 2.5 million unemployed Americans were not counted as unemployed.

A truer picture of the dire employment situation is provided by the 600,000 rise over the previous month in involuntary part-time workers. According to the BLS, “These individuals were working part time because their hours had been cut back or because they were unable to find a full-time job.”

Turning to the 114,000 new jobs, once again the jobs are concentrated in lowly paid domestic service jobs that cannot be offshored. Manufacturing jobs declined by 16,000.

As has been the case for a decade, two categories -- health care and social assistance (primarily ambulatory health care services) and waitresses and bartenders account for 53 percent of the new jobs. The BLS never ceases to find ever growing employment of people in restaurants and bars despite the rising dependence of the US population on food stamps. The elderly are rising as a percentage of the American population, but I sometimes wonder if employment in ambulatory health care services is rising faster than the elderly population. Whether these reported jobs are real, I do not know.

The rest of the new jobs were accounted for by retail trade, transportation and warehousing, financial activities (primarily credit intermediation), professional and business services (primarily administrative and waste services), and state government education, where the 13,600 reported new jobs seem odd in light of the teacher layoffs and rise in classroom size.

The high-tech jobs that economists promised would be our reward for offshoring American manufacturing jobs and tradeable professional services, such as software engineering and IT, have never materialized. “The New Economy” was just another hoax, like “Iraqi weapons of mass destruction” and “Iranian nukes.”

While employment falters, the consumer price index (CPI-U) in August increased 0.6 percent, the largest since June 2009. If the August rate is annualized, it means bad news on the inflation front. Instead of bringing us high tech jobs, is “the New Economy” bringing back the stagflation of the late 1970s? Time will tell.

Paul Craig Roberts was Assistant Secretary of the Treasury for Economic Policy and associate editor of the Wall Street Journal. He was columnist for Business Week, Scripps Howard News Service, and Creators Syndicate. He has had many university appointments. His internet columns have attracted a worldwide following.