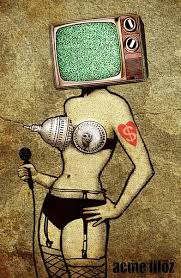 June 2, 2013 (PaulCraigRoberts.org) -- When Gerald Celente branded the American media “presstitutes,” he got it right.

The U.S. print and TV media (and NPR) whore for Washington and the corporations. Reporting the real news is their last concern. The presstitutes are a Ministry of Propaganda and Coverup. This is true of the entire Western media, a collection of bought-and-paid-for whores.

It seems that every day I witness a dozen or more examples. Take May 31 for example. The presstitutes report that U.S. Secretary of State John Kerry and his German counterpart are working on Russia to convince that country to be a “party to peace” in Syria by not supplying the Syrian government, whose country has been invaded, with arms. Kerry and the Israelis especially do not want Russia to deliver the S-300 anti-aircraft missile system to Syria.

This was the extent of the presstitutes’ report. The presstitutes made no mention of the fact that the invasion of Syria by al-Qaeda affiliated radical Muslims was organized and equipped by Washington via its proxies in the region, such as Saudia Arabia and the oil emirates. Americans sufficiently stupid to rely on the presstitute media do not know that it is not Syrians who want to overthrow their government, but Washington, Israel, and radical Islamists who object to Syria’s secular non-confrontational government.

One might think that the U.S. media would wonder why Washington prefers to have al-Qaeda governing Syria than a non-confrontational secular government. But such a question is off-limits for the U.S. media.

Israel, unlike Washington which so far hides behind proxies, has actually openly committed war crimes as defined by the Nuremberg trials of Nazis by initiating unprovoked aggression against Syria by militarily attacking the country.

In reporting Kerry’s pressure on Putin, presstitutes made no mention that the Washington-backed attempted overthrow of the Syrian government has run into difficulty, causing president obama to ask the Pentagon to come up with a no-fly plan, which means according to the Libya precedent NATO or U.S. air attacks on Syrian government forces. As the S-300 missiles are a defensive weapon, obama’s plan to send in Western or Israeli air forces to attack the Syrian army is why Kerry is pressuring Russia not to honor its contract to deliver to Syria the S-300 missiles, which can knock U.S., NATO, and Israeli aircraft out of the sky.

Those who believed that Kerry could have made a difference as president must be disillusioned to see what a warmongering whore he is. In america marketing is everything; truth is nothing.

William Hague, who serves, with Washington’s approval, as British foreign secretary to the shame of a once proud nation, made this clear when he declared: “We want a solution without Assad. We do not accept the stay of Assad.” This is amazing hypocrisy, because the Syrian government is more respectful of human rights than Washington and London.

While Kerry was trying to con Putin, White House spokesman Josh Earnest said that the obama administration’s immediate priority was removing Assad from power. http://thehill.com/blogs/global-affairs/middle-east-north-africa/302773-white-house-no-role-for-assad-in-transitional-government So for the United States and UK, “peace” means the overthrow of the Syrian government by force.

Why isn’t the United Nations protesting? The answer is that the countries and their UN representatives have been purchased by Washington. Money talks. Integrity and justice don’t. Integrity and justice are poverty-inflicted. The UN belongs to the evil empire. Washington owns it. The american Empire has the money. It pays for the headlines and for the budget that lets the UN delegates enjoy New York City,

In the world today, integrity is worthless, but money is valuable, and Washington has the money because, as the dollar is the world reserve currency, it can be printed in sufficient quantities to purchase every country’s government, including our own. One year out of office and Tony Blair was worth $35 million. Look at the amazing Clinton riches. According to news report, $3.2 million was spent on Chelsea’s wedding. http://www.goingwedding.com/news_detail.asp?newsid=67

Hague said that the UK and France “seek to end the ban on arming Syrian rebels.” Hague did not explain how the invasion force was armed if there is a ban against arming it. But Hague did tell us who the invading force is: “the Syrian National Coalition,” which consists of Saudi Arabia, the United Arab Emirates, Qatar, Egypt (still the American puppet), the United States, Britain, France, Turkey, Germany and Italy. Obviously, the talk about a “Syrian rebellion” is pure BS. Syria is confronted with an attempted overthrow of its government by the United States and its puppet states. Kerry is trying to convince Putin to let Washington overthrow Syria.

Both brooks and dionne agreed that the media had got rid of the Benghazi issue and that the IRS persecution of Tea Party members was under the media’s control and was not a threat to obama. david brooks did acknowledge that there were economic problems ignored and no new ideas. However, the blatant fact that under obama the United States is in a constitutional crisis, well described by Dr. Francis Boyle, professor of international law at the University of Illinois,http://www.informationclearinghouse.info/article35134.htm was not mentioned by NPR’s pundits, who define correct thoughts for the NPR audience, people too busy to pay attention.

In america today, the executive branch in explicit violation of the U.S. Constitution detains indefinitely or murders any U.S. citizen alleged without proof by an unaccountable member of the executive branch to be in any way associated with the broad but undefined term, “terrorism,” even innocently as a donor to hungry or ill Palestinian children. The executive branch clearly violates the U.S. Constitution and U.S. statutory laws against torture and spying on citizens without warrants. Congress does not impeach the president for his obvious crimes, and the Federal Judiciary enables them.

President Nixon was driven from office because he lied about when he learned of a burglary for which he was not responsible. President Clinton was impeached by the House of Representatives for lying about a sexual affair with a White House intern, Monica Lewinsky.

President george w. bush took america to wars based on obvious lies, and so did president obama. Both administrations are guilty of war crimes and almost every possible infraction of constitutional and international law. Yet, no presstitute member of the media would dare mention impeachment, and the House would never bring the charge.

There is no doubt whatsoever that in the 21st century presidents, their lawyers, Justice (sic) Department officials, and CIA and black-op operatives have broken law after law, and there is no accountability. For the presstitutes, this is a non-issue. “Rule of law, Constitution? We don’t need no stinking rule of law or Constitution.”

For the presstitutes, the bought-and-paid for-whores for evil, the issues are obama’s stable poll numbers; teenage girls arrested for fighting at a kindergarten graduation ceremony; ”Microsoft’s Bill Gates extended his lead over Mexico’s Carlos Slim as the world’s richest person,” “the $14 million-dollar girl: Beyonce rakes it in.”

Constitutional crisis? What is that? I mean, really, look at Beyonce’s legs. Didn’t you hear, the dollar rose today?

The presstitutes have not investigated any important issue. Not 9/11. Not the accumulation of unaccountable power in the executive branch. Not the demise of the Bill of Rights. Not the Boston Marathon bombing. Not the endless and unexplained wars against Muslims who have not attacked the United States.

The Boston Marathon saga reached new levels of absurdity with the FBI’s murder of Ibragim Todashev, who was being pressured to admit to various associated crimes. The presstitutes first reported that Todashev was armed. It was a gun, then a knife, then after the presstitutes duly reported the false information planted on them, which for the insouciance american public was sufficient to explain Toashev’s murder, the FBI admitted that the victim was unarmed.

Nevertheless, he was shot seven times, one to the back of the head. His father wants to know why the FBI assassinated his son, but the presstitutes could not care less. Don’t expect any answer from the american press and TV media or from NPR, an organization that pretends to be a “listener station” but is financed by corporate contributions.

How’s Todashev’s murder for Gestapo justice? Where is the difference? A bullet in the back of the head. And america is the shining light on the hill, the font of freedom and democracy brought to the world courtesy of the military/security complex out of the barrel of guns and hellfire missiles from drones. And relentless propaganda in the schools, universities, and media.

Washington certainly learned from Mao and Pol Pot. You kill them into submission.

But you will never hear about it from the presstitutes.

Paul Craig Roberts was Assistant Secretary of the Treasury for Economic Policy and associate editor of the Wall Street Journal. He was columnist for Business Week, Scripps Howard News Service, and Creators Syndicate. He has had many university appointments. His internet columns have attracted a worldwide following. His latest book, The Failure of Laissez Faire Capitalism and Economic Dissolution of the West is now available.