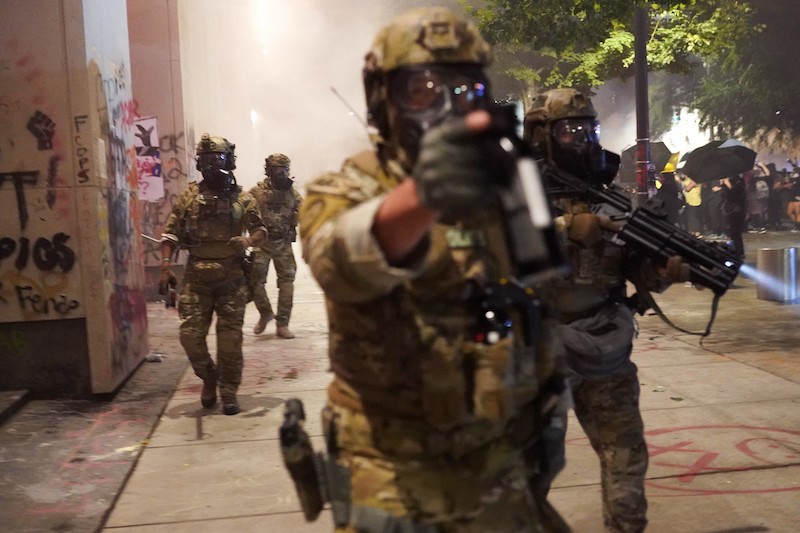 …Unless Americans Start Understanding How to Fight Nazism — Now

July 26, 2020 (Eudaimonia & Co) -- Americans being abducted off the streets. A mayor being attacked with chemical agents. Secret Police, otherwise known as “Homeland Security,” occupying cities. And an aspiring dictator behind it all. Here’s a bitter truth, made of five smaller ones. America now has 100 days to save its democracy.

Even if, at this late juncture, Americans begin to fight for their democracy, there’s no guarantee of success. Nonetheless. This upcoming election is America’s last chance.

To those of us who lived through authoritarian collapses — and survived them — what’s going to happen in America over the next six months is as simple as it is predictable. That’s not to be a know-it-all blowhard. It’s to warn you.

Fact one. Trump is going to try to steal the election. If this were any other President, I myself would dismiss such an idea as crackpot conspiratorialism. But Trumps not any other President. He’s a man who’s checked every item off the list of Nazi politics, from camps to bans to raids to purges. He’s announced proudly that he doesn’t believe in democracy, or the Constitution, and wants to keep power for as long as he can.

When authoritarians tell you what they are going to do, believe them. They’re like mafiosi: they have to follow through on their threats or they lose all credibility. So when Trump says he’s not going to accede to a peaceful transfer of power, believe him. Americans have spent too long playing dumb, not believing Trump at any stage of collapse so far, from camps to bans to purges — and now it’s almost too late.