“All Men Are Trash” (Don’t Judge a Book By Its Title): My Interview with Gina Ranalli — Mickey Z. 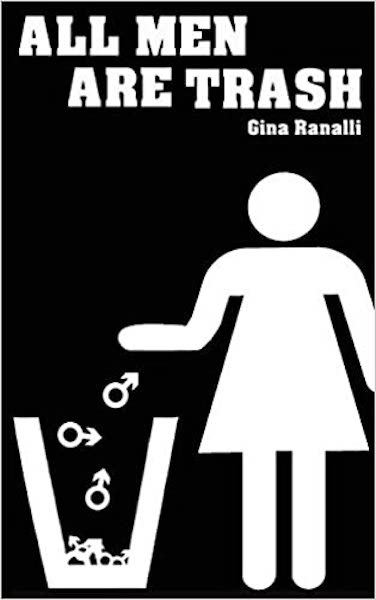 The last time I interviewed Gina Ranalli was all the way back in August 2008. I opened that article like this: “Upon first contact with Gina, it was instantly clear that we were kindred spirits.” Well, we’ve drifted in and out of each other’s lives over the ensuing years but that assessment still stands. In fact, it stands stronger than ever after reading Gina’s latest novel, All Men Are Trash.

By way of introduction: Gina is Wonderland Award-winning author of nearly twenty novels, mostly in the horror and bizarro fiction genres. She lives in Washington State and you can connect with her online at twitter.com/ginaranalli.

Reading All Men Are Trash (AMAT) felt like riding a runaway locomotive. It builds almost like a zombie apocalypse story. The reader knows something ominous is happening. But what is it and what’s causing it? Until the reality — and the justification — become increasingly clear. Each chapter picks up speed, ups the ante, and adds urgency to the proceedings. As components converge, you will feel like a book blurb cliché come to life because you will not be able to put it down. I’m not gonna offer any spoilers here. Instead, I’ll suggest: Don’t judge this (or any) book by its title. Buy it, read it with a curious mind, and get ready to join the legions of dedicated Gina Ranalli fans.

Recently, Gina and I engaged in an interview via email. It went a little something like this:

Mickey Z.: Are you keeping track of how many times you've heard some version of the phrase "not all men"?

Gina Ranalli: I probably should be keeping track. That would be a novel in itself. But, yeah, it's been interesting, to say the least. Apparently, some men are intensely sensitive about how their gender is perceived as a whole and want the world to know it. I've been called a "man-hater" more times than I can count.

MZ: In our first interview, I shared this Noam Chomsky quote: "It is quite possible — overwhelmingly probable, one might guess — that we will always learn more about human life and human personality from novels than from scientific psychology." I’m sharing it again now as a precursor to these two queries: Do you agree? And if so, what can AMAT teach us?

GR: I think both are valid methods for learning about humanity as a whole. Novels can address certain questions that science can't. AMAT addresses base concepts no one would put in a scientific study but those concepts still exist nevertheless, some of them being the pervasiveness of misogyny in our society and the depth of anger so many women are experiencing at this point in time and probably throughout all time. I hope one thing the book might teach people is that we need to address this anger and take it seriously. 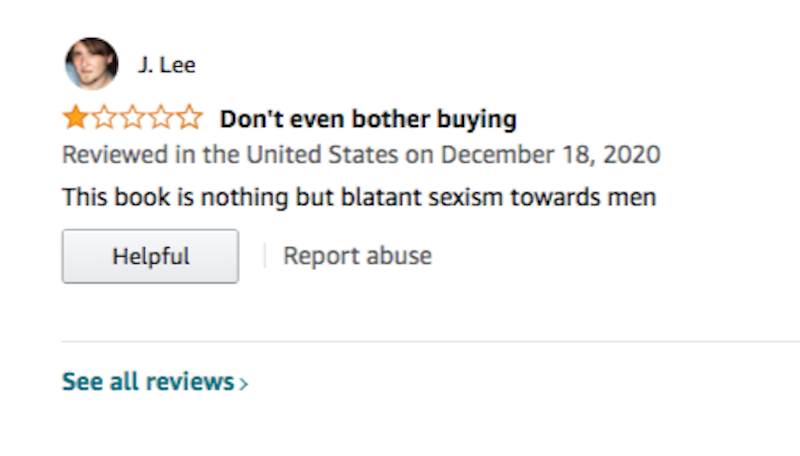 MZ: In my intro above, I state that AMAT builds almost like a zombie apocalypse story. The reader knows something ominous is happening — but what is it and what’s causing it? As a successful horror writer, I assume this vibe comes naturally to you. Do you want/expect readers to view the book from that angle or, for you, is it more strictly a work of deep social commentary? Or perhaps both?

GR: Yeah, it's absolutely both. The rage infection that we've seen in books and movies was part of the inspiration but those stories present the "zombies" as being just mindless, with no motivation, no real reason for the rage beyond the infection itself. In AMAT — and in real life — women are fed up with the bullshit. A lifetime of aggressions — micro and macro — will do that to you and even just on a personal level, when you reach that tipping point, it can be scary. There's an explosion and anyone in the vicinity could get hit with the shrapnel.

MZ: Without giving spoilers, why do the straight women in the book behave differently from the lesbians during the “explosion”?

GR: Because they're on the front lines. Hypothetically at least, straight women have to deal with oppression in their own personal relationships. I've said for years that the irony of people calling lesbians "man haters" is that straight women have far more reasons to hate men than gay women do. Straight women can see their own partners, men they love who purport to love them back, participate in, and enjoy their privilege, completely indifferent to the negative experiences of their female partners. But all that aside, the lesbians in the book, as you know, are on a self-imposed news and social media blackout so, in addition to not having to deal with male aggression very much, they're also just kind of oblivious to what's happening in the world.

MZ: Why do you feel men should men read this book? What would be your ideal reaction from male readers?

GR: I don't necessarily feel like men should read it any more than women should. I want everyone to read it just because that's what every writer wants. As far as my ideal reaction, one man told me that since reading it, he's hyper-aware of how his behavior might be perceived by women and he's more conscious of how he words things. I think if the book puts the idea in men's heads that they should listen to women more carefully and adjust accordingly, that would be great. That reaction would make me very happy.

MZ: I assume you’ve been interviewed many, many times over your career. Is there a question you’ve always wanted someone to ask but, so far, no luck? If so, what’s the question? (And please feel free to answer it.)

GR: That's a great question and I appreciate so much that you asked it. But one thing I've never been asked about is what is my favorite compliment I've ever received about my writing and it's only happened a few times but it put me over the moon every time and this is it: some variation of "your writing inspired me to try my hand at writing too." I absolutely love that because writing has saved my life and my sanity more times than I can count. It's something that has always been there for me, whether I've deserved it to be or not. It's there for me even when I'm not there for it. I can neglect it unmercifully but when I turn back to it, there it is, welcoming me like I never abandoned it, and I want everyone to have that feeling. It's the best therapy I've ever encountered.