“Activism”: How to Lose Friends & Influence Nobody | Mickey Z. 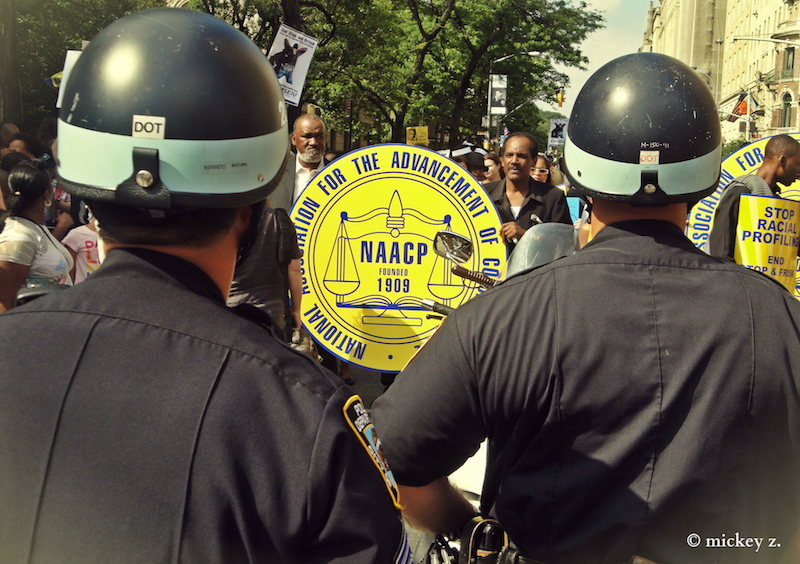 I’ve already told you how nothing I’ve done as an “activist” has made a difference, explained why street “activism” always fails (and usually makes things worse), and detailed how my earliest “activist” efforts provided lessons I refused to learn at the time.

Now, I have more great news! All this has helped inspire me to write my 14th book and call it: How to Lose Friends & Influence Nobody: My Life as an “Activist.”

The final push to consider such a dubious project was a recent conversation I had with radical feminist author Alicen Grey, in which I shared a farcical Occupy Wall Street-related story (redundancy alert?) that we both saw as emblematic of the “activist” echo chamber. So, I figured, why not share that story here and now as a super fun way to pretend a buzz is being created about my book idea? With this noble goal in mind, here goes nothing (literally)!

It was June 17, 2012, and the scene was a silent march from Harlem to the Upper East Side to “protest” the NYPD policy of stop-and-frisk. Yeah, I know, why would anyone imagine a bunch of people walking quietly through Manhattan (led by one of the all-time great “activist” frauds, Al Sharpton, no less) would do anything to provoke the NYPD to consider changing its policies? Don’t ask me. As a white male “activist,” I reflexively attended such mass gestures as a sign of my sincere “ally-ship” and perhaps even “intersectionality.”

When I wasn’t at the front of the parade taking photos (sample above), I marched with a group of people who still identified as “occupiers” -- and one dude who was totally faking it. That dude was undercover cop, Wojciech Braszczok. As we’d all learn later, he had smoothly “infiltrated” OWS and this news freaked out a bunch of occupiers. I guess some were completely naive as to how law enforcement works while others simply could not accept that such savvy revolutionaries could’ve ever been tricked by a mere “pig.”

In June 2012, however, Braszczok’s cover hadn’t yet been blown so he joined us dangerous (sic) subversives (sic) in the Stop Stop & Frisk charade. At one point, he noticed I had a small red felt square pinned to my bag. This was a popular form of virtue signaling that summer as the OWS crowd showed solidarity with students in Quebec, but 99% of us (< see what I did there?) didn’t really understand why. Anyway, a red square also became signatory of the “Strike Debt” movement (sic) ostensibly designed to “end” student debt. So, Officer Braszczok chatted me up to find out when and where the next Strike Debt march would take place.

If this was a measure of Braszczok’s undercover skills, well, he was even more pathetic than us! As I told him at the time, all the treasonous details of the Strike Debt March were available on the damn Facebook event page. Why didn’t he and his superiors realize how frighteningly silly it was to waste any resources tracking OWS when we presented as much threat to the system as the local Bernie Sanders fan club? But that’s the magic of “activism,” isn’t it? We rebels loyally follow the time-worn script and then pat ourselves on the back for being so badass that the “pigs” have to come after us.

Speaking of “pigs,” that peaceful (sic) march in summer 2012 ended when NYPD officers forced us away from then-mayor Michael Bloomberg’s townhouse onto a narrow side street where inevitably, tempers flared and the cops, well… they un-ironically roughed up, arrested, and basically stopped and frisked some people of color.

Let’s re-cap: Led by one-time FBI informant Al Sharpton, a large crowd of New Yorkers were engaging in a wholly symbolic and utterly ineffectual march to signal both our disdain for stop-and-frisk and our lack of imagination and courage. On that day, a group of folks loosely affiliated with Occupy Wall Street seized on the opportunity to remind everyone that reports of our demise had been (supposedly) exaggerated. Embedded within this exhibitionist swarm of pseudo-subversives was an undercover cop who may or may not have believed that infiltrating OWS was worth his time but hey, it was Sunday and that means extra pay! Meanwhile, his overtime-collecting colleagues unselfconsciously engaged in the type of unaccountable behavior that was being “protested” in the first place.

Postscript: You probably now have a better idea about the “influence nobody” part of my proposed book title, but what’s that about “losing friends”? Make no mistake, dear readers, when anyone peels away the facade to expose the farcical reality behind “activism,” they are subject to more contempt and outrage from “activists” than all the global criminals and oppressors combined.

Repeat after me: We are unstoppable! Another world is possible!

Mickey Z. is currently writing his 14th book, How to Lose Friends & Influence Nobody: My Life as an “Activist.” In the meantime, he can be found here.

“Activism”: How to Lose Friends & Influence Nobody by Mickey Z. is licensed under a Creative Commons Attribution-ShareAlike 4.0 International License.
Based on a work at http://worldnewstrust.com/activism-how-to-lose-friends-influence-nobody-mickey-z.