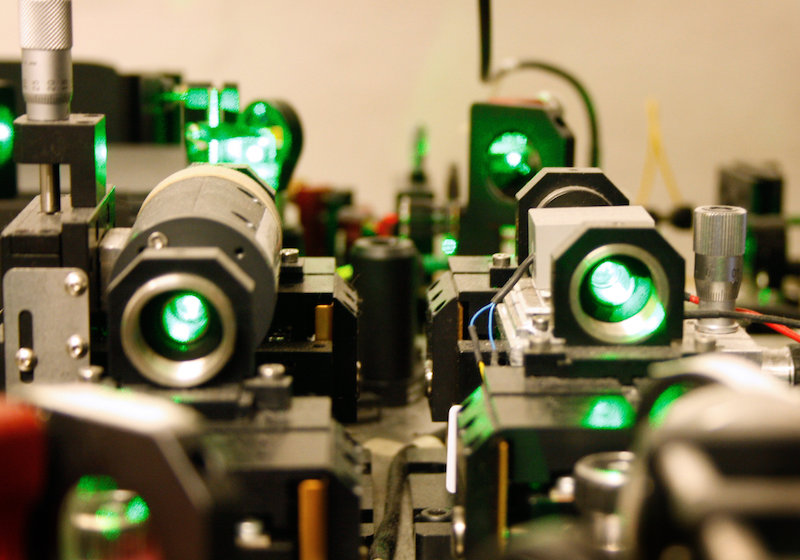 Partial view of the source producing the single photons that were stored in the quantum memory to produce entanglement between many atoms inside the memory. Credit: UNIGE

Oct. 13, 2017 (Phys.org) -- Quantum theory predicts that a vast number of atoms can be entangled and intertwined by a very strong quantum relationship, even in a macroscopic structure.

Until now, however, experimental evidence has been mostly lacking, although recent advances have shown the entanglement of 2,900 atoms.

Scientists at the University of Geneva (UNIGE), Switzerland, recently re-engineered their data processing, demonstrating that 16 million atoms were entangled in a one-centimeter crystal.

They published their results in Nature Communications.