A Farewell to Norms | Milton Mueller 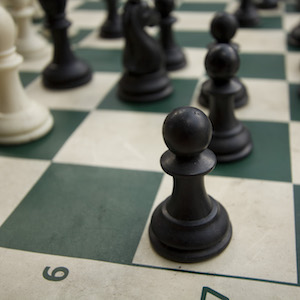 “Keep right on lying to me. That’s what I want you to do.”
― Ernest Hemingway, A Farewell to Arms

Most liberal internationalists, particularly in the United States, are thoroughly committed to the idea that the development of cyber norms is the key to resolving inter-state conflicts in cyberspace. This is the mainstream consensus in Washington. One need only examine the work of the Center for Strategic and International Studies, the Carnegie Endowment for International Peace, the cybersecurity funding of the Hewlett Foundation, the papers of Joseph Nye for Harvard’s Belfer Center and any other establishment US-based foreign policy center to pick up on this theme.

We appreciate the good intentions behind these efforts. Cyber diplomacy is better than cyber conflict. But in this blog, we make the case that reality has passed the cyber norms movement by. Two critical recent events have, in our opinion, shaken the foundations of the whole strategy. Yet its advocates don’t seem to realize it.

What are cyber norms?

Let’s begin by specifying what adherents mean by cyber norms. A widely accepted definition of a norm is “a collective expectation for the proper behavior of actors with a given identity.” In this case, the “actors” are governments and the collective expectations emanate from other governments and the broader Internet community. To contextualize this definition further, one must also understand what norms are not. Norms are not treaties. They are intended to be a second-best alternative to formal international law, which is perceived as simultaneously a) not in the interests of the United States, a dominant cyber power which is highly dependent on cyberspace, and b) not feasible because of the inability to get consensus on the specifics of a formal international law. In short, a treaty will never happen, but if it did happen it wouldn’t be good for the United States. Closely linked to this view is the idea that we don’t need new international law anyway, because existing international laws can be applied to cyber conflict in a workable manner. So to sum up: a cyber treaty is bad, so we need norms; but the UN charter and existing Law of Armed Conflict, which are based on treaties, are OK as a basis for resolving conflict.

One of the better and more systematic cases for cyber norms was stated in a law review article by Kristen Eichensehr:

Eichensehr concisely summed up the underlying premise of the cyber norms movement thus:

“states must agree on or at least clarify baseline positions regarding cyber actions in order to avoid conflict in and stemming from cyberspace.”

The literature and conferences on norms have generated a kind of self-referential momentum based on this premise, and yet, cyber-conflict among states is as intense as ever. While it’s true that there are not a lot of alternative governance mechanisms available, the idea that norm development helps avoid conflict is something that needs to put to the test, empirically and logically. Let’s first make a brief general argument about the limitations of norms and then turn to specific evidentiary exhibits. To respond to Eichensehr’s bullet points:

The current hysteria about Russian influence operations in the United States is deserving of a Sherlock Holmesian title: “Russian Influence Operations and the Curious Case of the Inverted Norm.”

In 2011, and again in 2015, the Shanghai Cooperation Organization, which is led by Russia and China, released a proposed “International Code of Conduct for Information Security.” The code defines information security to include control of content and exchange through digital media. An analysis by Citizen Lab concludes that “the SCO states promote the Code … in order to extend SCO notions of sovereignty and territorial integrity to the digital space.” The security threats identified include the “use of information to undermine the political, economic and social system of other States,” and “unauthorized transboundary influence through information.” This, folks, is a proposed norm.

Now in advancing its influence operations in the United States, Russia is obviously violating its own proposed norm. So much for “fostering valuable clarity.” But what’s even more notable is the U.S. reaction to this behavior. Formally, in its policy pronouncements prior to the 2016 election, the United States and the West have always rejected the SCO’s Code of Conduct because they realized it was a recipe for international censorship. The SCO Code of Conduct would reverse the Internet revolution by re-aligning information flows and national borders. Yet those who are screaming about the “threat to our democracy” posed by Russian influence operations are, in effect, saying that the ability of the internet to erase national boundaries on the spread of information is dangerous and problematic because, well, foreign enemies might use it to undermine our society. And that is exactly what the Russians and Chinese believe.

And here is the terrible, sad irony of the inverted norm: Russia violates its own norm to harass the United States with inauthentic accounts and social media drek. In reaction, the United States internalizes the Russian-Chinese Code of Conduct and starts regulating Internet speech. If this is really a “war” between two norms and a free vs. controlled Internet, Congress has already lost it.

To make matters worse, how does the U.S. reaction square with the U.S. position that existing laws of war are perfectly suitable for handling these kinds of cyber conflicts? If one persistently calls this activity a “war” then the United States believes that it has a right, recognized in international law, to retaliate against the aggressor with military means. Yes, that means missiles, troops, tanks, guns. Is Renee DiResta, who insisted on the information war label in her testimony before Congress, advocating such an attack on Russia? If not, why not? If the little threads of propaganda insinuated into Facebook or Twitter are an “attack” and “a war,” then why can’t we respond to it with our military might? Conversely, if these actions do not rise to the level of an armed attack, then why is she insisting on calling this a “war,” repeatedly and aggressively?

Exhibit B: the UN GGE’s breakdown

The “information war” label leads us directly into the next failure of the normative strategy. Until last year, the UN Group of Governmental Experts (UN GGE) had been happily developing cyber norms for several years. Overcoming some early disagreements, three prior GGEs in 2010, 2013 and 2015 had established an international conversation on cybersecurity norms and confidence-building measures that had, one observer claimed, “turned into the main international vehicle for discussions on rules of behavior for states in cyberspace.”

In earlier UN GGE’s the issue of the applicability to cyberspace of international humanitarian law and the laws of armed conflict had been finessed with vague language. But in the 2016-2017 UN GGE, the United States pushed for clear and direct statements on how certain international law applies to states’ use of ICTs,” including the right to self-defense and the international law of state responsibility and countermeasures. The United States’s international rivals became alarmed. They feared that invoking those elements of international law would legitimize … unilateral punitive force actions, including the application of sanctions and even military action by states claiming to be victims of illicit uses of ICTs.” In short, there was a clear conflict of interest between states with military superiority fearing asymmetric warfare and weaker states who wanted to de-link cyber conflict from traditional military conflict. This division seems to have killed off the UN GGE. Despite its successful agreement on a host of other, smaller norms and confidence-building measures, there are no plans to revive discussions.

So let’s sum up the score here: norm dialogues are nice but, even in the relatively formal context of a UN working group, if they threaten to impinge on fundamental state interests regarding the use of power, they get thrown aside.

Don’t get us wrong: we are not against normative dialogue at the international level. There is definitely a need to find ways to mitigate state-based cyber conflict. But if we are to preserve the open global internet in an international system based on territorial state sovereignty, we wouldn’t put our chips on cyber norm negotiations among states. Enforceable and enabling cyber-rules are going to have to come from private actors and new transnational governance institutions. States and the anarchy inherent in territorial sovereignty are a big part of the problem, and our understanding of their role has to be framed accordingly.

Milton Mueller is a founder of IGP an internationally prominent scholar specializing in the political economy of information and communication. He is the author of Will the Internet Fragment? (Polity, 2017), Networks and States: The global politics of Internet governance (MIT Press, 2010) and Ruling the Root: Internet Governance and the Taming of Cyberspace (MIT Press, 2002)

What is the Internet Governance Project?

Founded in 2004, IGP is now the leading source of independent analysis of global Internet governance. We are a group of professors, postdoctoral researchers and students hosted at the School of Public Policy at the Georgia Institute of Technology, one of the world’s leading engineering universities. We conduct scholarly research, produce timely policy analyses and public comments, blog on current events in Internet governance, and bring our ideas and proposals directly into Internet governance processes at Internet Corporation for Assigned Names and Numbers (ICANN), the Regional Internet Address Registries (RIRs) and other venues. We also educate professionals and young people about Internet governance in various world regions.