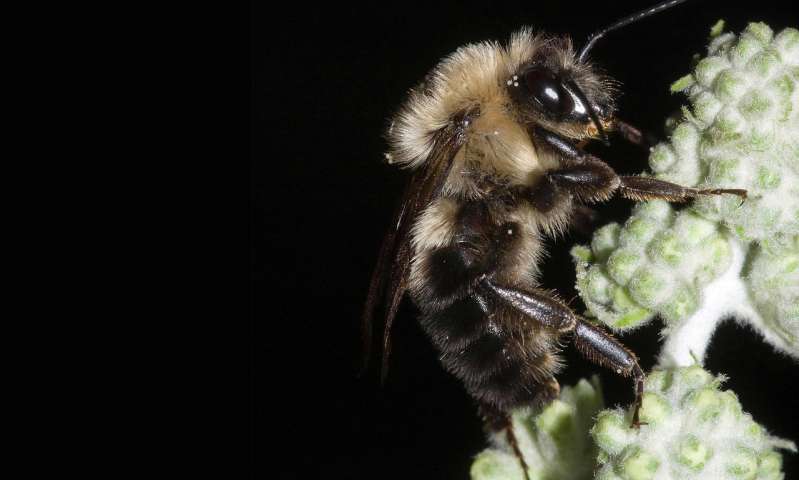 A study conducted during the 2017 total solar eclipse in North America found that bees remained active during the partial-eclipse phases both before and after the period of totality, but they essentially ceased flying during totality. Their flights also tended to be longer in duration immediately before and after totality, an indication that bees may have slowed down their flight speed or returned to their nests as light dimmed. Results of the study are published in the Annals of the Entomological Society of America. Credit: Susan Ellis, Bugwood.org

In an unprecedented study of a solar eclipse's influence on bee behavior, researchers at the University of Missouri organized a cadre of citizen scientists and elementary school classrooms in setting up acoustic monitoring stations to listen in on bees' buzzing -- or lack thereof -- as the 2017 eclipse passed over. The results, published Oct. 10 in the Annals of the Entomological Society of America, were clear and consistent at locations across the country: Bees stopped flying during the period of total solar eclipse.

"We anticipated, based on the smattering of reports in the literature, that bee activity would drop as light dimmed during the eclipse and would reach a minimum at totality," says Candace Galen, Ph.D., professor of biological sciences at the University of Missouri and lead researcher on the study.

"But, we had not expected that the change would be so abrupt, that bees would continue flying up until totality and only then stop, completely. It was like 'lights out' at summer camp! That surprised us."