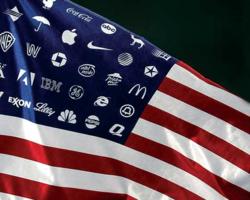 ”Dissent is what rescues democracy from a quiet death behind closed doors.” - -Lewis H. Lapham

Dec. 28, 2010 (Information Clearing House) -- The year 2011 will bring Americans a larger and more intrusive police state, more unemployment and home foreclosures, no economic recovery, more disregard by the U.S. government of U.S. law, international law, the Constitution, and truth, more suspicion and distrust from allies, more hostility from the rest of the world, and new heights of media sycophancy.

2011 is shaping up as the terminal year for American democracy. The Republican Party has degenerated into a party of Brownshirts, and voter frustrations with the worsening economic crisis and military occupations gone awry are likely to bring Republicans to power in 2012. With them would come their doctrines of executive primacy over Congress, the judiciary, law, and the Constitution and America’s rightful hegemony over the world.

If not already obvious, 2010 has made clear that the U.S. government does not care a whit for the opinions of citizens. The TSA is unequivocal that it will reach no accommodation with Americans other than the violations of their persons that it imposes by its unaccountable power. As for public opposition to war, the Associated Press reported Dec. 16 that “Defense Secretary Robert Gates says the United States can’t let public opinion sway its commitment to Afghanistan.” Gates stated bluntly what has been known for some time: the idea is passe that government in a democracy serves the will of the people. If this quaint notion is still found in civics books, it will soon be edited out.

In Gag Rule, a masterful account of the suppression of dissent and the stifling of democracy, Lewis H. Lapham writes that candor is a necessary virtue if democracies are to survive their follies and crimes. But where in America today can candor be found? Certainly not in the councils of government. Attorney General John Ashcroft complained of candor-mongers to the Senate Judiciary Committee. Americans who insist on speaking their minds, Ashcroft declared, “scare people with phantoms of lost liberty,” “aid terrorists,” diminish our resolve,” and “give ammunition to America’s enemies.”

As the Department of Justice (sic) sees it, when the ACLU defends habeas corpus it is defending the ability of terrorists to blow up Americans, and when the ACLU defends the First Amendment it is defending exposures of the lies and deceptions that are the necessary scaffolding for the government’s pretense that it is doing God’s will while Satan speaks through the voices of dissent.

Neither is candor a trait in which the American media finds comfort. The neoconservative press functions as propaganda ministry for hegemonic American empire, and the “liberal” New York Times serves the same master. It was the New York Times that gave credence to the Bush regime’s lies about Iraqi weapons of mass destruction, and it was the New York Times that guaranteed Bush’s re-election by spiking the story that Bush was committing felonies by spying on Americans without obtaining warrants. Conservatives rant about the “liberal media” as if it were a vast subversive force, but they owe their beloved wars and cover-ups of the Bush regime’s crimes to the New York Times.

With truth the declared enemy of the fantasy world in which the government, media, and public reside, the nation has turned on whistleblowers. Bradley Manning, who allegedly provided the media with the video made by U.S. troops of their wanton, fun-filled slaughter of newsmen and civilians, has been abused in solitary confinement for six months. Murdering civilians is a war crime, and as General Peter Pace, Chairman of the Joint Chiefs of Staff, said at the National Press Club Feb. 17, 2006, “It is the absolute responsibility of everybody in uniform to disobey an order that is either illegal or immoral” and to make such orders known. If Manning is the source of the leak, he has been wrongfully imprisoned for meeting his military responsibility. The media have yet to make the point that the person who reported the crime, not the persons who committed it, is the one who has been imprisoned, and without a trial.

The lawlessness of the U.S. government, which has been creeping up on us for decades, broke into a full gallop in the years of the Bush/Cheney/Obama regimes. Today the government operates above the law, yet maintains that it is a democracy bringing the same to Muslims by force of arms, only briefly being sidetracked by sponsoring a military coup against democracy in Honduras and attempting to overthrow the democratic government in Venezuela.

As 2011 dawns, public discourse in America has the country primed for a fascist dictatorship.The situation will be worse by 2012. The most uncomfortable truth that emerges from the WikiLeaks saga is that American public discourse consists of cries for revenge against those who tell us truths. The vicious mendacity of the U.S. government knows no restraint. Whether or not international law can save Julian Assange from the clutches of the Americans or death by a government black ops unit, both executive and legislative branches are working assiduously to establish the National Security State as the highest value and truth as its greatest enemy.

America’s future is the world of Winston Smith.