10 shocking stories NOT trending on your news feed | Mickey Z. 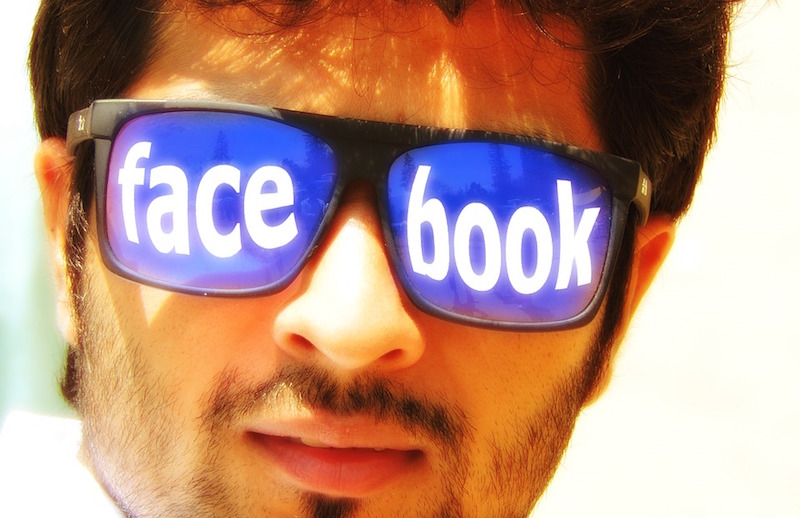 What’s trending on your news feed? Have you heard about the epidemic of abductions? Are you and your social media “friends” talking about the global plague of torture and human slavery? Surely you’re up in arms about possible livestreamed executions?

There’s a war going on, but your news feed is diligently ignoring it. Heinous attacks are happening right now, and you won’t hear a word about them from the corporate media. As you read this, myriad assaults, invasions, and occupations are being planned by people you know, yet these crimes won’t even warrant a hashtag.

We are living under a virtual news blackout of the biggest story of all time: male pattern violence.

If the relentlessly brutal impact of patriarchy remains undiscussed, we stand zero chance at creating the swift and sustainable social change we urgently need. Instead, we’ll continue to dwell in deep and dangerous denial -- interpreting events through the lens of misleading memes and trending hive minds.

Sure, I know many of you are shaking your heads and feeling tempted to find another article to skim, I mean… read. You know, maybe something that serves to re-affirm your “activist” self-image. For those open-minded enough to continue here, I’m going to provide 10 not-so-subtle reminders of what males (including some in your immediate circle) across the planet are planning and carrying out -- right now -- as you scroll and click your way into a cocoon of complicity.

Reminder (and trigger warning): What’s written below is an infinitesimal sampling of the minute-by-minute abuse perpetrated by males from every corner of the globe. (And it helps if you click on at least some of the hyperlinks.)

1. A man is working out a deal with a cab driver to pick up a young woman and, instead of taking her to the destination she requests, deliver her to human traffickers who will condemn her to life as a slave within the massive, worldwide rape-for-profit industries of prostitution and pornography.

2. Other men are actively seeking out a male bartender to bribe into putting date rape drugs in a woman’s drink at a party. Meanwhile, at a frat house, no such secrecy is needed as the male students already have a public protocol in place for raping their drunk female classmates.

3. As you read this, a dude is riding the mall escalator, casually taking “up-skirt” videos. Another bro is using Tinder to arrange a hook-up so he can secretly videotape a woman afterwards, as she walks to the bathroom and gets dressed. A third creep is putting on a dress and wig to access a women’s bathroom and film women and girls using the toilet. All of these videos will be immediately uploaded to easily accessible Tumblr pages after which, they’ll be re-blogged and watched tens of thousands of times over the next few years.

4. Do you know about all the social justice warrior types who are currently exploiting activist (sic) labels like “vegan” or “anarchist” to get away with physical threats, gray rape, and the sharing of private photos and videos?

5. Elsewhere, males are diligently working together as a team to create and use a hybrid tranquilizer spray to facilitate mass and ongoing gang rape.

6. While you half-skim this article, there’s a male predator out there who’s in the act of grooming a pregnant woman so he can eventually have easy access to sexually abuse her newborn infant.

7. Do you realize that a man is going as far as buying a motel solely because he wants to spy on and film guests and then get another male to write about his exploits?

8. A few minutes ago, a 12-year-old was abducted by males for a massive pedophile ring which is able to operate openly thanks to help from law enforcement, the judicial system, politicians, and corporate leaders. They have chosen this particular boy because he comes from a close family and they always seek to maximize the pain they cause.

9. Just as you’re about to dismiss me for exaggerating and/or lying, there’s a guy paying off a “coyote” to bring him a woman who has illegally crossed into the U.S. so he can sell her to other males who regularly make live, interactive, pay-per-view snuff films on the Deep Web.

10. Generals, war lords, elected officials, and despots are holding meetings to discuss where and how to utilize systemic rape as a weapon of war. Such tactics have been employed by groups of men ranging from local paramilitary death squads to the planet’s largest and well-funded armies.

Here’s the most important trend your news feed will never share: Males as a class are exploiting and oppressing and abusing females as a class -- every second of every day, everywhere.

Now you have a minuscule overview of the reality we’re trained to ignore and/or accept. Now you know. You can’t un-know, so live with it. And if you can’t live with it, maybe you’ll finally release yourself from the hive mind of manufactured accord.

Does the contents of this article disturb you? Are you outraged? Have your “activist” passions been set aflame? Will you find the nearest search engine to learn as much as possible? Once you’ve informed yourself, will you share the news as diligently as you share posts about GMOs, chem trails, and Hillary’s e-mails?

Ask yourself: Will I step up and do something serious to change it?

If so, that would be a story worth trending.

10 shocking stories NOT trending on your news feed by Mickey Z. is licensed under a Creative Commons Attribution-ShareAlike 4.0 International License.
Based on a work at http://worldnewstrust.com/10-shocking-stories-not-trending-on-your-news-feed-mickey-z.